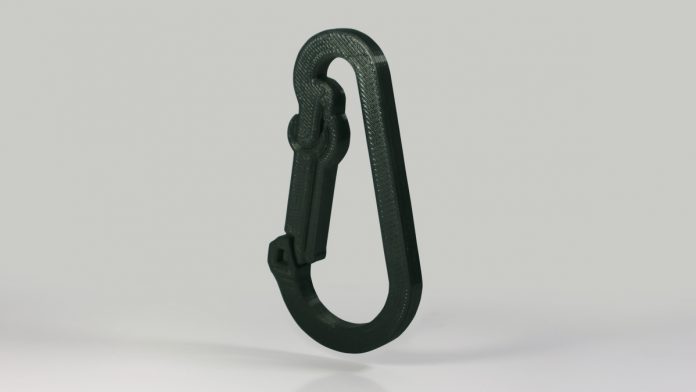 Hello Machine Bros!
Today you will learn about the relationship between 3D Printing and Reverse Engineering.

We have shown in previous opportunities that we are passionate about developing, innovating, teaching and solving problems using technology, therefore, what we do at The Machine Bros addresses areas related to engineering and maker culture.

To develop something there are many techniques, methods and processes, but this time we want to talk to you about a particular process, reverse engineering and its relationship with 3D printing. So let’s start by explaining what reverse engineering is.

Reverse engineering has been known since the Second World War when it was possible to seize war material from the enemy and it was subjected to studies to obtain information from it, and thus improve it.

What reverse engineering seeks is to obtain information and even develop a design based on a finished product.

Through this, it is possible to verify which are the parts of a product and how they interact with each other, in such a way that it is able to determine what was the manufacturing process of said product.

This method is called “inverse” because the steps to follow are usually executed in the opposite way to usual engineering, where technical data is first obtained to later develop the product.

In general, individuals have many doubts regarding the legality of reverse engineering.

Wikipedia states in a paragraph that, “if the product or other material that was reverse engineered was obtained in an appropriate manner, then the process is legitimate and legal. In the same way, generic products created from information obtained from reverse engineering can be legally manufactured and distributed, as is the case of some widely known free software projects”.

In short, reverse engineering is necessary and will continue to exist, since it is possible to create new products or improve existing ones.

Reverse Engineering and its Relation to 3D Printing

We are talking about the possibility of obtaining the data of a design through a finished product, to later manufacture a new one or test possible improvements by prototyping in a cheaper and faster way with 3D printing.

Imagine that every time the prototype needs to be improved, a new mold has to be manufactured, this greatly increases the costs of prototyping in plastic injection.

All this without counting the enormous technological advantages that some CAD software offers us, with which we are able to simulate the behavior of products under development to mechanical stress, thermal changes, among other things.

3D scanners are very useful tools, they allow to obtain a 3D digital model of a physical object.

There are various techniques and technologies for 3D scanning, the accuracy and price of 3D scanners are very varied.

Although this technology has started to become more accessible to common users, for now, it is not as accessible as FDM printers and some SLAs are. Good scanners have high prices.

A method to scan in 3D more economically is photogrammetry, which is a technique that consists of “the science and technology of obtaining reliable information about physical objects and the environment through the process of recording, measuring and interpreting photographic images and patterns of electromagnetic radiant imagery and other phenomena.”

Many people use this 3D scanning technique with their own smartphones, but it has its limitations.

In another article, we will talk in more detail about photogrammetry and 3D scanners.

Data collection, measurements, analysis and creation of the carabiner

Step 3: Analysis of the Carabiner V1

We analyze the movements and mechanical forces, to later print a first version

The necessary improvements are made, thus creating a new version of the product

Step 5: Analysis of the Carabiner V2

We configure the STL of the new version of the product in the slicer, to later print it in 3D.

In our case, we decided to anneal the printed piece to improve its mechanical and thermal properties.

We run tests of mechanical resistance to the 3D printed part, to later obtain the respective conclusions

3D Print Your Own Carabiner

If you want to 3D print your own carabiner, you can download the STL at the following link Carabiner STL V2.

Remember that if you want to know how to configure the printing you must see the “video of Step 6“.

Reverse engineering is a very useful design tool, and we show that great things can be accomplished in conjunction with 3D printing.

Another technology that is of great help is 3D scanners, but for now this technology is not as accessible to common users, except for photogrammetry, which is not really a “3D scanner” but is used to create 3D models of physical objects.

How to 3D Print Photos (Lithophane)

Beginner’s Guide: How to Paint Your 3D Model

Easy Way of How to Design Gears

Does the Orientation of a Part Matter in 3D Printing?

How to Apply Annealing to 3D Prints

Assembly and Calibration of the Creality Ender-3

We use cookies on our website to give you the most relevant experience by remembering your preferences and repeat visits. By clicking “Accept”, you consent to the use of ALL the cookies.
Cookie settingsACCEPT
Manage consent

This website uses cookies to improve your experience while you navigate through the website. Out of these, the cookies that are categorized as necessary are stored on your browser as they are essential for the working of basic functionalities of the website. We also use third-party cookies that help us analyze and understand how you use this website. These cookies will be stored in your browser only with your consent. You also have the option to opt-out of these cookies. But opting out of some of these cookies may affect your browsing experience.
Necessary Always Enabled
Necessary cookies are absolutely essential for the website to function properly. These cookies ensure basic functionalities and security features of the website, anonymously.
Functional
Functional cookies help to perform certain functionalities like sharing the content of the website on social media platforms, collect feedbacks, and other third-party features.
Performance
Performance cookies are used to understand and analyze the key performance indexes of the website which helps in delivering a better user experience for the visitors.
Analytics
Analytical cookies are used to understand how visitors interact with the website. These cookies help provide information on metrics the number of visitors, bounce rate, traffic source, etc.
Advertisement
Advertisement cookies are used to provide visitors with relevant ads and marketing campaigns. These cookies track visitors across websites and collect information to provide customized ads.
Others
Other uncategorized cookies are those that are being analyzed and have not been classified into a category as yet.
SAVE & ACCEPT